Tales of the Piano Bar, Part 3 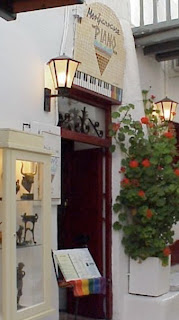 Itâs the third Saturday of the month and Mykonosâ Montparnasse Piano Bar, the Greek Aegeanâs own La Cage aux Folles, is back again with another story. For those who may not have read the barâs first two tales, over the past thirty years the Piano Bar is where tourists and locals go to see and be the characters making up Mykonosâ legendary 24/7 in-season lifestyle. In the off-season, the barâs sole purpose is to provide stories for this blog.

The Piano Bar is the creation of Nikos Hristodulakis and Jody Duncan, and theyâre behind the bar every night, but this story comes straight off the piano stool. David Dyer, pianist extraordinaire of Aspen and Mykonos fame, is truly a caring guy though you might not think so from this story. Nor may it put you in the mood for a cocktail, but as a new âtailâ is promised with every Piano Bar old tale, in honor of St. Patrickâs day there is a suitably green Grasshopper chaser for the story.

Speaking of greenâ¦as seems to be more and more the case with Piano Bar tales a word of caution is in order. If youâre of the squeamish sort, not given to thoughts of the purpose for that little bag in the pocket of the airplane seat in front of you, then perhaps you should skip the story and go straight to the booze. Then again this story is all about booze. And music. Play on, David.

Montparnasse Piano Bar Tale #3: âThe Mysterious Performer,â as told by David Dyer from behind his piano trying to ignore Jody and Nikos making faces at him from behind the bar. Iâve spent more than half my life performing in glitzy, resort area piano bars and like to think that Iâve developed a Zen-like acceptance of whatever might be going on about me as I play. Yes, there are those who come to hear me, but I do not work in Carnegie Hall, so accommodation must be made for those who come to find a good time in drink, or a still better one in true love (good luck).

But then there are those nights when everything goes so uncontrollably haywire you simply donât know whatâs going to happen next.

This past June I was accompanying the wonderful Kathy âBabeâ Robinson at the Piano Bar. We were into the 1 AM set and Kathy was doing a quiet ballad when a ruckus broke out at a table diagonally across from her. She kept on singing but during my instrumental part leaned over and muttered, âSome womanâs puking in the middle of the table.â

Kathy laughs at the pop of a cork, so it was a miracle she held it to a giggle as she struggled to finish her song, now a duet of sorts with a bent over and retching lady. Frankly, I was surprised the entire room didnât lose it to laughter. It was one of those helpless, beyond schadenfreude moments where no matter how sympathetic you may be to the sufferer (albeit self-induced), you just canât keep it together.

At the end of Kathyâs ballad she leaned over to me and said, âLetâs do âSomewhere Thatâs Greenâ from Little Shop of Horrors.â

Now, I take great pride in my warped sense of humor, but this was beyond the pale/pail. I said, ââGreen,â as in puke? Are you nuts? Thatâs just too tacky and obvious. We canât do that.â

And since I wouldnât go along with her, she had to sing a different number. Or rather Kathy and the still retching lady sang another.

I looked around the room. Everyone, including the waiters, was fighting not to laugh, except for Jody and Nikos who had given in completely and were rolling on the floor out of sight behind the bar. The only ones in the place not showing the slightest bit of giddiness were the retching lady and her friends. They kept handing her napkins as if nothing were wrong. The scene was so surreal I could hardly concentrate on the keys.

When Kathy finished her song I said, âWhat the hell, letâs do it, weâve lost the audience anyway.â

A word about the audience: the Piano Bar is where Broadway and West End performers hang out on the island with others into show tunes. So, when I started to play the lead-in to âSomewhere Thatâs Green,â there was a sudden hush followed by a fit of laughter from those who knew what was coming.

Call it coincidence, but at that precise moment the womanâs friends decided the time had come to leave the bar. Two men helped her up. Iâd only seen her bowed over at the table and when she stood, or rather was lifted, she was not as I had imagined. She was in her late sixties, elegantly dressed, and sophisticated in appearanceâexcept for the wobbliest pair of legs Iâd ever seen. The men desperately tried to keep her from falling as they steered her toward the door. 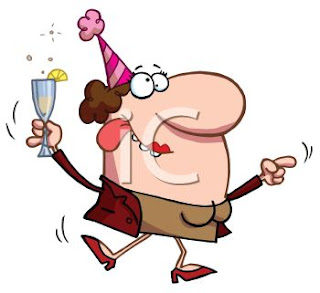 Theyâd just reached Kathy when she sang the line, âSomewhere that’s green.â The woman made the men pause, and stared at Kathy, as if daring her to sing on, which of course she did: âThere’s plastic on the furniture to keep it neat and clean in the pine sol scented air.â

With that perfectly placed lyrical observation on the evening so far, the womanâs face lit up in the widest ear-to-ear grin you could imagine. Iâd never seen a happier looking person in all my life.

I lost it, Kathy lost it, the whole place lost it. But that was not the womanâs exit line. That moment came at the front door where sheâd paused again, waiting for Kathy to laugh her way into the big finish, final lyric, âA picture out of Better Homes and Gardens magazine far from Skid Rowâ¦â

At that instant the âfar from skid rowâ lady punctuated her farewell with a broad wave to a now utterly hysterical crowd and disappeared into the night. Dead drunk or not, the lady hadnât lost her timing. As for who she wasâ¦

STOP!!! Sorry folks, but this is Jody interrupting to say, âWhat happens on Mykonos, stays on Mykonos.â As a consolation, though, hereâs Nikosâ Montparnasse Grasshopper recipe:

Use a cocktail shaker or a blender. Both produce fantastic cocktails, but the blender version is larger, thicker, frothier, and not as strong in taste as the shaker version. For both methods the ingredients are the same: 1 Â½ ounces green creme de menthe, 1 Â½ ounces white creme de cocoa, and 1 Â½ ounces milk or half and half.
For the shaker version fill a cocktail shaker halfway with ice cubes, add the ingredients, shake well, and strain into a cocktail glass (a large martini glass looks great). Garnish with a green maraschino cherry on the side of the glass, but a red one will do nicely. For the blender version, add the ingredients to a half-cup of ice cubes, blend until smooth, and pour into a large margarita or daiquiri-style glass. And donât forget the cherry.
Thanks, guys–I think.