Mykonos Was Different Then. 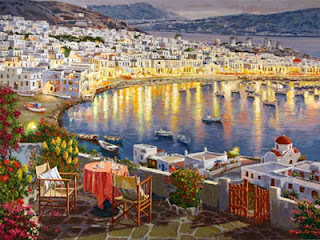 Mykonos wasnât always like this. There were hard times, make that very hard times. The island once was among Greeceâs most impoverished places. Mykonians literally starved to death during World War II. Then came the Greek Civil War.

In two weeks Iâll be back on Mykonos and promise to share with you as much as good taste will allow of present day life on that international jet set summer destination. But how did it came to pass that a community still guided by centuries-old church traditions and deeply held family values so effortlessly coexists amid the unstructured, freewheeling lifestyle of visiting summer hedonists?

I think the simplest way of telling the story of that transition is out of the archives of Dimitris Koutsoukos. As I described an earlier piece, Dimitri is a native Mykonian who has amassed a fascinating collection of photographs capturing the essence of the island, many of which are posted to music on YouTube videos available through this link. http://www.youtube.com/results?search_query=dimitris+koutsoukos&aq=0
Dimitri, the photographs pleaseâ¦

These were the days that set the islandâs modern day roots, when all Mykonians had was each other. It was the turn of the 20th Century. 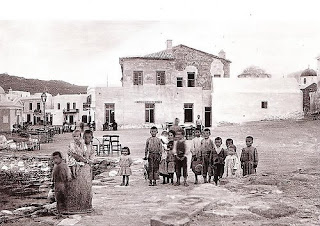 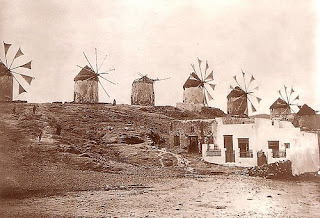 Naturally, many lived off the sea and learned their skills from childhood. 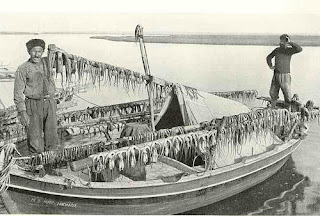 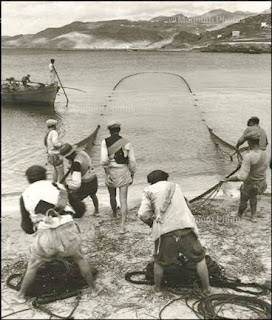 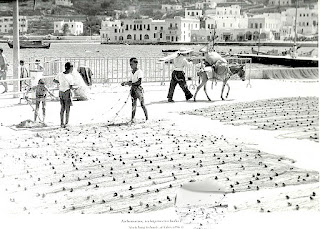 Others survived as farmers. 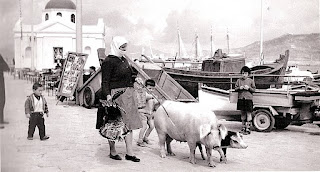 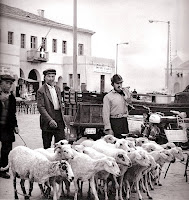 Some depended on both. 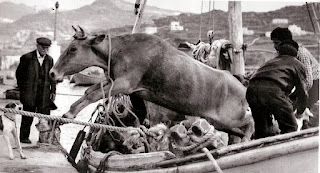 Then came regular boat service linking the island to the mainland. 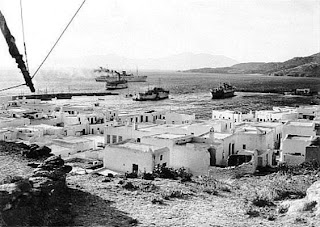 And with that tourists looking to experience traditional island life. 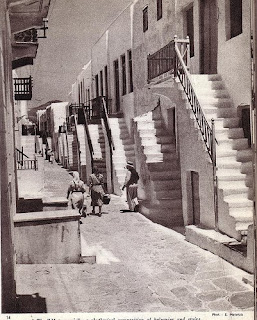 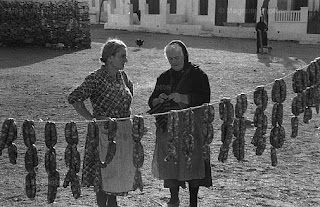 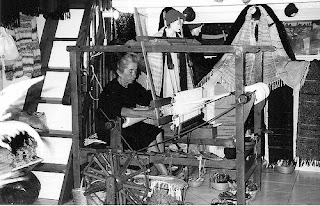 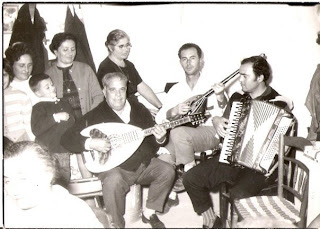 But one day a very famous visitor stepped ashore and forever changed the image of Mykonos.
And glitz began to flock there. 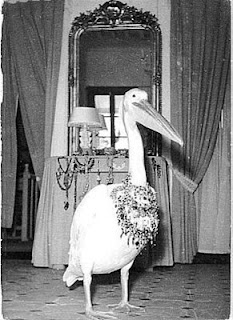 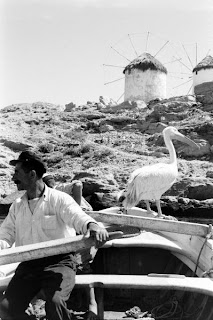 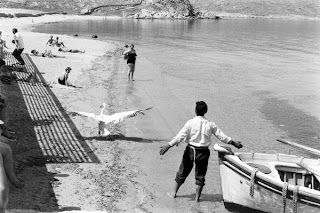 And, of course, making nice with the locals. 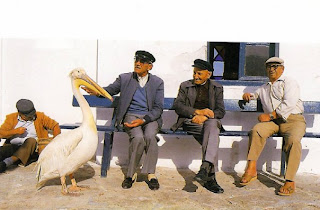 In the process each learned much from other.

Tourists how to dance… 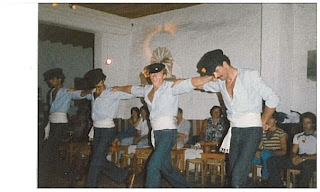 …locals how to dress. 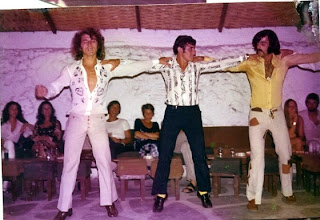 And they became friends.

It is a life to which I long to return.
And for a musical understanding of the draw of Greece, check out this YouTube Video.
JeffâSaturday